This is the first Robert Ludlum book I've read and I went into it with somewhat high expectations considering how well known he is. My expectations were not met. The story is okay but his writing style; particularly his dialog, really just didn't feel right to me. None of the dialog between any of the main characters seemed believable. For example, at times one character would say something and the initial response would be heated and angry but then, almost immediately, the angry character would cool off and realize they were being ridiculous. I could understand if one of the characters had that pronounced of mood swings in a conversation but it seemed like every character went through the same rapid shifts.

The interpersonal dynamics of the "couples" was really odd too. People who seemed, through the course of the book, to not interact that much, shouldn't suddenly be calling each other "My Darling". It just seemed like Ludlum really wanted to force a romantic element into the story so he did even though the female half of the couple was very remote until the spark flew and the male half even admitted he had never had interest in having a real relationship. Their sudden pairing just felt contrived and didn't really add anything useful to the story.

Some of the elements in the story - the actual Matarese conspiracy - were pretty interesting and they seemed to be pulled right from our current geo-political environment. The conspiracy itself seemed believable and the "villains" while not particularly nefarious were generally believable even if they were very shallowly drawn.

Overall The Matarese Countdown just seemed to skim over the actual plot and the conclusion seemed a bit too forced and clean for what is a tale about a worldwide financial conspiracy. 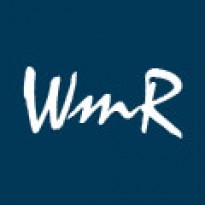 The Rise and Fall of the Third Reich: A History of Nazi Germany
William L. Shirer

The Ancestor's Tale: A Pilgrimage to the Dawn of Evolution
Richard Dawkins

The World Is Flat: A Brief History of the Twenty-first Century
Thomas L. Friedman